Since in the last update we significantly increased the amount of gold for completing the task, it, along with ancient mirrors, became extremely popular. This is especially true for those who loved these tasks to perform several characters.

Now, as a reward for completing the stage, you will not receive the ancient mirrors, but the drugs 'Tidal Vigor' (10-20 fatigue). Earlier in the assignments of the school of valor there were such drugs, but we removed them. Now they are there again!

If it seems to you that fatigue is enough for the character, you are mistaken. The higher the instance level, the more fatigue is required. At the levels above, this is very useful to you. And because of the uneven consumption of fatigue by instances, it can be difficult to spend it completely (5-15 fatigue remains, for example).

The number of ordinary crystals for surrendering a letter to Yoon in the Phoenix Lands has been increased from 3 to 5, and magic crystals from 1 to 3, but the crystals themselves no longer give shards.

The reward for completing the task remained unchanged, but the way the extraction of ancient mirrors itself changed. In general, it was strange on our part to do the extraction of mirrors from one task, and their waste from another. Now the fight against evil is no longer connected with this task.

Ancient mirrors can be obtained for killing:

In the future, the list of the method of extraction will be changed and supplemented. For us, the most important thing was suppressing twin farming.

From all instances "to crystals" (ice cave, fire gorge), uncut gems will now be mined. The higher the instance level, the more gems.

In some cases, we may make a mistake in the quantity (this is due to the different number of monsters in the instances), but in future updates we will correct this injustice.

Until 07/13/20 vitality restoration speed increased by 3.

Now you can exchange hunter trophies for other exchange items. The exchange rate is far from the most profitable and it is obvious that this method of extraction of objects is not the main one. But for some it will be very convenient.

In the future, the range of goods will be significantly replenished. 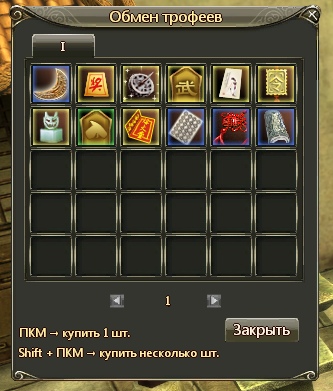 A major update is almost ready (70-80%), but it will be released with a new client (this is necessary). The publication of a new client will mean that the work on the update is completed.

In addition to updating the game, we will add a few pleasant things to our website - a skill calculator, a list of monsters from which the items you need fall.